← “Farscape”: The Complete Skip It/Watch It Guide
Liz Tells Frank What Happened In “The Cabin in the Woods” → 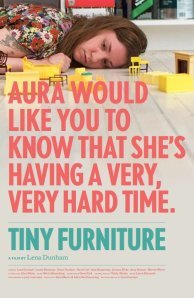 Today, as I usually do while writing, I am listening to music: Specifically, I am taking advantage of my Spotify Premium free trial to listen to Kelly Clarkson songs about being strong and independent and whatnot. I listen to music like this on repeat as a sort of hypnosis technique — the bulk of my work has been accompanied by the collected works of Britney Spears, P!nk and Jennifer Lopez. My iTunes listening history is a deeply embarrassing thing.

But Kelly Clarkson is a conscious choice today, because Kelly (I feel like I can call her Kelly), represents a very specific sort of girl whose public image is deliberately honest and natural, almost to a fault. I remember listening to an interview Kelly did with NPR after she Tweeted out her support for Ron Paul — the way she explained it, she was watching Leno with her brother, decided she liked Ron Paul, and said so on the internet.

Politically, she and I couldn’t disagree more, but I liked the image of it, Kelly couch-surfing with her brother, jeans and thick socks, sending out a quick tweet before seeing if there was a Simpsons rerun on anywhere.

Frank, this comes up because these days, the idea of a lady living her life unapologetically is becoming less and less a radical act. Ashley Judd makes headlines by ranting about the media attention paid to her face, Jennifer Lawrence charms late night hosts and red carpets with her mesmerizing goofiness… and Lena Dunham makes movies and TV shows.

Specifically, the movie Tiny Furniture, which has led to the HBO series Girls, which is premiering — this weekend? I think this weekend. I have a hard time remembering, though, because the only thing I can remember from the bulk of the press for this show is blah blah blah Sex and the City for a new generation — which is just annoying for the following reasons:

A) It betrays a shocking lack of depth in the thinking of the mass media (all shows about white women set in New York MUST BE COMPARED TO EACH OTHER AND EVALUATED AS ESSENTIALLY THE SAME GODDAMN THING).

B) It’s a reminder of how very rare it is for HBO to make a lady show for ladies, which is a whole other BLAH BLAH BLAH LIZ YOUR UTERUS IS SHOWING FOCUS ALREADY.

Lena Dunham feels me on this.

The point is that there is this show that’s happening, and I don’t have access to screeners or anything, but Tiny Furniture is on Netflix and watching it was a good way to get a taste of Lena Dunham’s work. And the reason I’ve basically been digressing for the last 600 words is because of this: Here is what happens in Tiny Furniture, Frank!

Aura (played by Lena Dunham) returns to her mother’s fancy TriBeCa loft after graduating from college. She talks to her sister (played by Lena’s sister). She talks to her mother (played by Lena’s mother). She goes to a party, where she meets a guy who makes YouTube videos and also runs into an old friend with a British accent. Her old friend helps her get a job as a hostess at a restaurant. She talks to the chef about Cormac McCarthy. She invites the guy who makes YouTube videos to crash with her. They eat and drink her mother’s food and wine. She gets in trouble for that later. She does not have sex with the YouTube guy. Her old friend gives her another tattoo. The chef asks her to get him Vicodin. She has a big fight with her mother and sister. They all apologize and say that they love each other. The chef asks her again to get him Vicodin. Her mother makes her kick out the YouTube guy. She gets the Vicodin, but the chef stands her up. She quits the hostess job. There’s some more fighting and talking. There’s a lot of discussion about how much she sweats in bed. Her old friend with the British accent puts a video she made in college in an art show. She invites the chef to the art show. He shows up. They leave the art show to smoke a joint. They have sex inside an abandoned metal tube. She goes home and takes a shower. She climbs into bed with her mother. Her mother asks her to get rid of a ticking clock. She does so. You can still hear it ticking. The end.

One of the weirder sex scenes I've seen in a while. And that's saying something.

In fairness to the movie, it actually is pretty interesting. There’s a bluntness to it that I admire, the dialogue is pretty fun, and I can’t really hate on anything that invokes Lois Lowry’s The Giver. Lena Dunham is surprisingly compelling on screen, and I really loved the actress playing the old friend with the British accent. I could see it not being everyone’s taste, but I definitely didn’t feel like I wasted my time watching it.

What’s important about Tiny Furniture and Lena Dunham’s work in general, I think, can be found in this Salon interview with Lena (I feel like I can call her Lena), where she acknowledges that the line in the Girls trailer about being “a voice of a generation” unintentionally sets her up as a mouthpiece for young women (similar to how Tina Fey was the face of women in comedy for like three years). And then she says this:

I am prepared for the idea that I’ll be asked to address what this show means about the state of women and the state of feminism. And I’m comfortable saying my opinions. I mean, I’m not scared of opinions; I’m not trying to be nonpartisan. But I also am very prepared for a lot of girls to be like, “That is not my sexual experience, that is not my reality.” I’m sure there are girls who are like, “I have a sweet boyfriend and he really knows how to fuck and we’re having a great time, why don’t you back off?” And I’m ready for that too.

What Lena seems to be setting up is the idea that we might be entering a post-Liz Lemon phase in pop culture, where there’s actual diversity in female voices and narratives, and the burden of representing an entire gender is not placed upon one person’s shoulders. (Though in this new world order, will people stop calling me Liz Lemon? I hope they don’t. I remain forever flattered by the comparison.)

The thing I like best about this new phase is that part of it includes the crazy idea that that women don’t need to be perfect to still be valued and important contributors to our culture. This is essential, if only because being perfect is fucking HARD.

Honesty is also hard. But it’s worth the work.

I don’t know if I liked Tiny Furniture, Frank. But I’m really glad that it exists.

← “Farscape”: The Complete Skip It/Watch It Guide
Liz Tells Frank What Happened In “The Cabin in the Woods” →