Liz Tells Frank What Happened In Netflix’s “House of Cards” 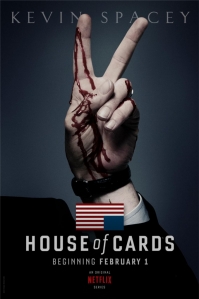 I think a lot about Hunter S. Thompson — admiring, as you do, his insane approach to the art of writing, and also the conceit of “gonzo journalism,” of throwing yourself into a situation with no idea what might result, except (hopefully) an article recounting what happened. Or, at the very least, the author’s memory of what happened.

It’s this fondness for Thompson that makes me do silly things like volunteer to watch Netflix’s House of Cards in one giant binge on opening day.  I might not have taken on the assignment for GigaOM if I had steady work at the moment, but in this time of employment-seeking, it’s nice to prove that one of my job skills is being able to watch an entire season of television in one day.

I wrote about the feel of the binge-viewing experience already, but what actually happens in the David Fincher produced/occasionally-directed political thriller that might just change television as we know it forever?  Frank, I’m glad you asked.   END_OF_DOCUMENT_TOKEN_TO_BE_REPLACED

Liz Tells Frank What Happened In “My Little Pony: Friendship Is Magic” 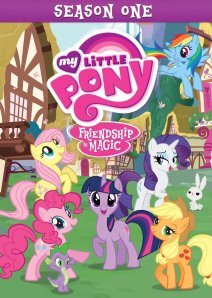 Fun fact: My mom knows about Bronies. I found this out when I mentioned to her that I was telling you about My Little Pony: Friendship is Magic this week: “That’s the show they like?” she asked, and I said yes. I did not say whether or not I understood why this group of young Internet-savvy men liked the animated rebirth of the franchise, because the honest truth is I don’t, really.

And I say this after having watched the two-part pilot episode of the series, written by now-legendary Lauren Faust and featuring no shortage of charm, adorable ponies, and surprisingly complex backstory. In fact, the plot for this show is so complicated that I’m going to leave the understanding-a-very-strange-subculture stuff for later. Right now, let’s meet some motherfucking ponies! END_OF_DOCUMENT_TOKEN_TO_BE_REPLACED

Tags: A+ on the bechdel test, animation, girrrrrrrrl power, Lauren Faust, My Little Pony: Friendship Is Magic, Twilight Sparkle, won't somebody please think of the children 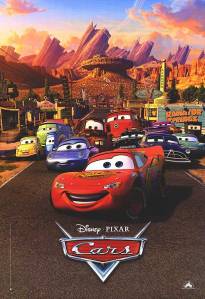 I had the pleasure last weekend of spending some time with my family at Disneyland and Disney California Adventure, and even though I’d been there within the last 18 months, there was still a ton of new stuff to check out — the biggest example of which was Cars Land, a massive tribute to Pixar’s most merchandised/profitable franchise.

An entire giant chunk of California Adventure has been turned into a recreation of Radiator Springs, and if I were a small young person I would probably have flipped my shit over getting to walk down the main street and see all the shops and vehicles I know from the movie.

However, I am not a small young person, and until this week, I’d never seen Cars all the way through. For, like many Pixar fans, I have a habit of discounting the Cars movies, as if they don’t count against the company’s otherwise pristine history of creating beautifully scripted and rendered films.

I always cry during Pixar movies, Frank. Cars didn’t even make me sniffle. Let’s get to it! END_OF_DOCUMENT_TOKEN_TO_BE_REPLACED

Tags: animation, Cars, Doc Hollywood, michael j. fox, NASCAR IS SERIOUSLY A SPORT WHAT IS WRONG WITH THIS COUNTRY, Pixar, won't somebody please think of the children 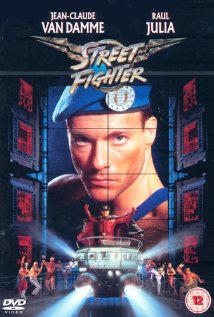 Aren’t there movies that we, as a society, have agreed to pretend didn’t happen? I had thought so. I had believed that we were a civilized people, that we would accept our mistakes as a race and move past them as best we can. But for some reason I don’t ever want to understand, HBO decided to prove me wrong.

But here’s what’s interesting: Once I started watching? I really couldn’t stop. There is something captivating about how thoroughly Street Fighter says “Fuck You” to the audience and to good taste. So amazing, was the level of terrible splayed out before me.

I suppose I should own some of the blame for watching Street Fighter this weekend. But really, I’m pretty sure it’s HBO’s fault, for making the movie available on HBO Go. (Otherwise a fine service that I appreciate coming free with my cable subscription.) END_OF_DOCUMENT_TOKEN_TO_BE_REPLACED

Liz Tells Frank What Happened In “Harriet the Spy” 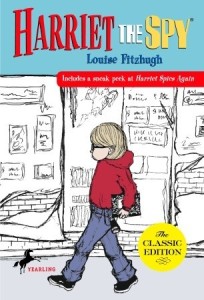 I was surprised when you told me that you’d never read Harriet the Spy, because it’s one of those children’s books that seems so ubiquitous. Maybe that’s a girl thing? I mean, I’ve never read a Hardy Boys novel. Maybe we’re both missing out. (Maybe you more than me, though.)

The titular Harriet M. Welsch, eleven years old, lives with her parents in New York City’s Upper East Side but is largely being raised by her nanny Ole Golly, who encourages her to write and read and think for herself. Harriet’s main passion is for “spying,” which amounts to wandering around her neighborhood and taking notes on the comings and goings of an assortment of relative strangers. She writes down all of her thoughts — harsh and honest and very much what you might expect from an insightful 11-year-old — in a notebook. And that, of course, gets her in trouble.

Well, eventually. First, book-quoting Ole Golly leaves Harriet to get married, shaking up Harriet’s life considerably. And Harriet gets cast as an onion in the school pageant. Harriet pals around with her best friends Scout (the numbers-minded son of an alcoholic writer) and Janey (an aspiring scientist determined to blow up the planet with chemistry). Harriet makes her rounds, scribbling down details from the lives she observes, there are some temper tantrums… This book? PLOT HEAVY.

The big plot twist is when one day, during a game of tag, the other kids in Harriet’s class manage to steal her notebook, reading the secrets within, including Harriet’s blunt thoughts about their personal appearance, behavior, parents and hygiene. END_OF_DOCUMENT_TOKEN_TO_BE_REPLACED 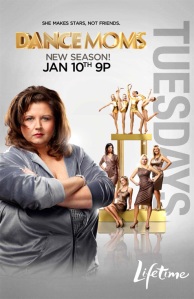 Today, by reader request, I shall tell you about something that I bet you wish you had never even heard of. There is this show on Lifetime, a show I’d always thought of as The Moms Who Scream At Each Other Right After “Project Runway”. But this show is actually called Dance Moms. And Frank, WHAT THE FUCK.

Going into this, I assumed that Dance Moms is like Millionaire Matchmaker but even more awful, because there are human children involved. FRANK, I AM A FUCKING PSYCHIC. I watched the first two episodes of this current season, which is about all I could manage without going on a murder spree. At least with Matchmaker, you know that everyone involved is a legal adult, which is not the case with Dance Moms. And as a result YIKES.

Dance Moms “documents” a dance team of young girls, taught and led by this crazy lady named Abby Lee, who spends a lot of time screaming at the girls and their mothers and, I don’t know, God? God is suspiciously quiet in response, but the moms occasionally shout back. And then there’s a road trip to some competition, and then the girls dance, and then there’s some more shouting. If you’re saying to yourself “This sounds like Sparkle Motion without any of the dark comedy or Mary McDonnell,” you would be completely correct! (Who knew Donnie Darko was a documentary?) END_OF_DOCUMENT_TOKEN_TO_BE_REPLACED

Tags: abby lee miller, dance moms, reality tv might be a poison, won't somebody please think of the children