In which Liz tells Frank about literature.

How I wish I could say that, in our most recent live adventure, I told you everything that was bonkers dumb about the publishing phenomenon/blockbuster/BDSM misrepresentation “Fifty Shades of Grey.” Because oh god, there is SO MUCH to tell you about! But I did tell you a LOT about it, most importantly the complete backstory about this story’s roots and what it means for fan culture.

And audio-only, available via iTunes or below!

This presentation includes swears, dancing vampires, “Saturday Night Live” sketches and (unlike the actual film) the notorious tampon scene. Thank you, Frank, for letting it happen. And thanks to everyone who helped make it possible!

Do you want to be cool like them? Well, the next Liz Tells Frank: Live is COMING SOON. Get ready for March. Get ready for something we genuinely love.

PS: Please don’t forget that our dear friend John told us in detail about the books a couple of years ago. Our struggle is real, and ongoing. Forever thanks to John.

We did it before — now we’re going to do it again.

It’s happening. It’s in North Hollywood. It’s open to the public. And yes, technically we’ve been over this one. But NOT LIKE THIS. Guarantee it. (For one thing — snacks and prizes! Those things are fun, Frank!)

Info available here on Eventbrite or on Facebook. Made possible by the wonderful folk of Nerdstrong.

Liz Tells Frank What Happened In “Moan for Bigfoot” 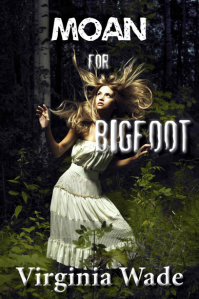 So my history with romance novels is long, complicated and surprisingly personal — but it began at summer camp. The year I was 12 or 13, one of the girls in my cabin at camp received a care package from a friend containing a half-dozen paperback romances, and they were passed around during hushed nights outside or in, the books falling open easily to the naughtiest bits.

It was exciting and fun — I found sex on the page to be far less scary than the prospect of real sex with a human being — and even when I stopped reading them, I never lost a residual fondness for the genre.

Since those smoky camp days, the romance novel industry has undergone some major shifts, but none so big as the advent of self-publishing, which has allowed writers with followings to make more money from their books than they might with a traditional publisher — it’s such a huge shift in the business that it’s led me to explore self-publishing myself (I make significantly less from sales than most romance novelists, alas).

But one of the things self-publishing rewards is specification — which is why, when I heard about author Virginia Wade, who makes $30,000 a month from her self-published Bigfoot erotica on Amazon, I wasn’t terribly shocked. Amused, sure, but not shocked. Especially when I saw that she employs one of the self-published ebook author’s most common strategies — make the first taste free, have them coming back for more.

This strategy also made it possible for me to read Moan for Bigfoot, the story that kicks off Wade’s epic Sasquatch romance series, for absolutely no money. Given that “absolutely no money” was the price I was willing to spend on it, Frank, it worked out really well!

So, how does Bigfoot erotica actually play out? I sat down to find out! Bigfoot erotica! WHAT COULD POSSIBLY GO WRONG. END_OF_DOCUMENT_TOKEN_TO_BE_REPLACED

Are you sitting down? You’re not walking anywhere, right, setting yourself up for some amazing pratfall once I conclude this vaguely cliche beginning and tell you something utterly ridiculous? Maybe take a seat, relax, though not too much. BE ON YOUR GUARD, Frank, because I have SHOCKING NEWS…

(I mean, sure, Gary Ross’s use of the word “colored” ends up being pretty heavy-handed, but I adore the scene where Reese Witherspoon learns to love books, so shut up, Pleasantville haters.)

(And yes, also, sure, Francis Lawrence did make one of the best casting moves ever by signing up Tilda Swinton as the angel Gabriel but WHATEVER.)

Anyways, Frank, the point is that Catching Fire? It is really good! It is, in fact, arguably better than the film which came before it! I was told this in advance, but was very doubtful (see above). And yet, totally true.

The reasons for why, though, are pretty simple… END_OF_DOCUMENT_TOKEN_TO_BE_REPLACED

Posted in Books, Movies, Some Spoilers

There’s nothing like a good thrilling yarn, is there? So rarely, it seems, do I have time to curl up on the couch with a book that just grabs me by the neck and demands my attention — even if I know that I’m never going to read the book again, even if I don’t think the book is all that good, I still find that getting sucked into a story is one of modern life’s most potent pleasures.

Gillian Flynn’s Gone Girl, the hot book everyone was talking about a few months ago, was like that for me. I’m not genuinely sure I LOVED it (except for a few bits, which we’ll get to) but it was compelling as fuck, using its first-person POV narrative to carefully dole out secrets and surprises to the audience. And as news continues regarding the upcoming film adaptation, I find myself getting more and more excited to see it on the big screen.

What is it about the mysteries of Gone Girl that makes it work so well? I’ll tell you, Frank, but with this caveat — it really is a great read, especially if you like taudry scandals and gender roles commentary. If you (or anyone reading this) ain’t in the mood, I totally don’t blame you. If only because that validates the entire existence of this blog!

Posted in All the Spoilers, Books, Spoiler Alert!

In case you missed it, a couple of days ago your friend and mine, John Ross, stopped by to tell me what happened in the recent young adult adaptation The Mortal Instruments: City of Bones. Aside from delighting us all with tales of Lena Headey kicking the shit out of things and maybe-incest, he reminded me that I’ve never gotten around to telling you what happens in the young adult novel/soon-to-be major motion picture Divergent.

Divergent, let’s be clear, is very much of the post-Hunger Games publishing craze — which is to say that without Katniss Everdeen, there is no Tris Prior, and without Suzanne Collins, there is no Veronica Roth on my Kindle.

But to Divergent‘s credit, it was a relatively early entry in said craze, making it almost not feel like pure bandwagon-hopping. And given the recent release of a teaser trailer, and the fact that Kate Winslet (!!!!!) is in it, Divergent seems like something you should at least have a passing familiarity with. Especially because this book be WEIRD, yo. END_OF_DOCUMENT_TOKEN_TO_BE_REPLACED