I am writing this the Monday after the Emmys, which the Internet, in proud Internet tradition, declared to be the absolute worst. I mean, it wasn’t great and SERIOUSLY YOU GIVE BEST ACTOR TO JEFF DANIELS OVER CRANSTON WHAT THE FUCK YOU THINKING GUYS, but at this point complaining after an awards show has become a little rote.

However, some would argue that the greatest injustice of the Emmys this year did not occur Sunday night, but back in July, when a young lady named Tatiana Maslany was not nominated for Best Actress in a Drama.

People were very upset by this! Why, you ask? Well, Frank, good ol’ Tatiana stars in Orphan Black, a show about a girl who discovers that her family history is a little… complicated. Like, clone complicated.

And as a result, Tatiana ends up not just playing the main character of Sarah, but a variety of other young women who happen to look just like her — and she does it really well. Like, scary well. Like, Emmy-worthy well.

That was what I heard, anyway. I watched the pilot back when it first aired on BBC America a few months ago, but while it ended on a solid cliffhanger, I didn’t quite get into it, for whatever reason, and didn’t follow through until just recently. For the show has crazy-good buzz, so I figured it was one of those where you need to give it at least two or three episodes to rev up. And I was right!

So here’s the basic deal, Frank… Sarah, our ostensible protagonist, is a 28-year-old gal living on the edge of society, wanting nothing more than enough money to get away from her drug dealer boyfriend and run off with her daughter Kira and foster brother Felix (who gets away from being a flamboyant gay stereotype by also being kind of awesome).

Okay, also, to the character’s credit he has an active sex life (impressive for a drama that doesn’t air on Logo) and is not just a platonic sidekick to the main character…most of the time.

She, at least at the beginning, is kind of a pill for whom I have little patience, which I am now realizing is probably why I didn’t get past the pilot on first viewing. Making a kind of unlikeable character a single mom with a drug dealer boyfriend, it turns out, does not endear her to me.

So when a woman who looks identical to her jumps in front of a train, Sarah sees this as an opportunity to take her purse and impersonate her — especially when she figures out that this other lady, Beth, has $75,000 socked away. (She doesn’t really question the whole “looks just like me” thing at this stage, because Sarah is not much with the ruthless scientific inquiry thing.)

However, Sarah ends up getting dragged into Beth’s life, and Beth’s life proves to be pretty complicated, as she’s a police officer under suspicion following a civilian shooting. Oh, she also has a live-in boyfriend, who’s understandably confused when the girl who he thinks is his cold fish girlfriend rips his belt off and fucks him on the kitchen counter. (Sarah is constantly making awesome, thoughtful decisions like this.)

And that’s all before Sarah starts getting mysterious phone calls on Beth’s cell from women demanding to know about briefcases and Germans. That’s right, Frank, can you say conspiracy? It’s a’comin!

That’s right: There are factions and unmarked vans and inevitable betrayals and secret scientists and it’s even Canadian! Bless its heart. 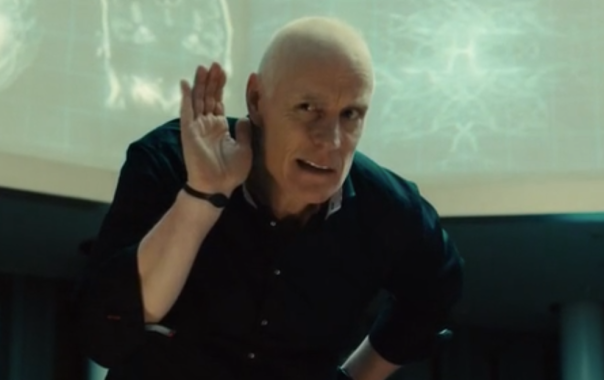 Oh, and Matt Frewer shows up! I KNOW you like that, Frank.

In all seriousness, what begins to unfurl is an intriguing sci-fi soap opera — one that pokes at fringe science, takes a detour through the somewhat disturbing realm of body modification (I’m not linking to anything there because I don’t want to Google anything because body modification freaks me out) and ends up with some interesting thoughts on the nature of identity.

And our gal Tatiana is front and center as the hearts and souls of this show, playing not just at least five separate characters, but at times playing those characters pretending to be another character, because I guess Maslany killed creators Graeme Manson and John Fawcett’s dog in a past life.

The more clones you meet, the more fun things get: While I eventually warmed up to Sarah (she stopped doing blatantly dumb things, which helped) a big factor in my enjoyment of the show came from the other c-words Tatiana portrays. (They don’t like the word “clone,” Frank — though is it okay to use it if you are in fact a clone?)

Each is operating under some amount of mental imbalance, but there are touches to each character that take them from Tatiana-in-a-new-wig to fully realized people, capable of both comedy and drama. Even Helena, by far the most crazypants, made me laugh out loud a few times. This show is funny, Frank! Which was a delightful surprise.

What I’m most impressed by Orphan Black, having now seen the complete season, is that while around episode eight I found myself wondering what could possibly happen during a Season 2, at the end of episode 10 there were many more questions to be answered, more mysteries to be unveiled.

As season finales go, it was nigh-perfect — so perfect, in fact, that I refuse to tell you what happens! You should give it a look. But give it two or three episodes of a look, Frank. It requires a little patience — but it might also deserve it.

Posted on September 24, 2013, in Some Spoilers, TV and tagged A+ on the bechdel test, canadian sci-fi FTW!, Orphan Black, Tatiana Maslany. Bookmark the permalink. 2 Comments.