Look who’s back! That’s right, our dear friend John Ross is back to continue his anthropological survey of what teenage girls seem to be into these days. His dedication to science is a blessing to us all.

Scott Spencer, the author of the novel Endless Love, really, really regrets selling the movie rights to his book.  In this devastating op-ed in The Paris Review, he equates viewing Franco Zeffirelli’s 1981 movie adaptation to being stabbed in the heart, and predicts that the 2014 remake will be a “Valentine’s Day massacre.”

My reaction to the new remake was somewhat similar in that it also involved stabbing.  That is, during the film, I wanted to stab myself in the eyes and ears, and when it was over, I wanted to go to a crowded place and see how many people I could stab before the police shot me.  That might maybe cancel out the experience of watching the new Endless Love remake. 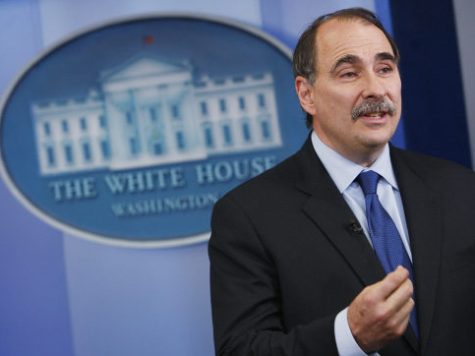 No, a different David Axelrod.

This David Axelrod becomes sexually obsessed with a girl named Jade Butterfield.  Their relationship becomes so intense that it starts to take a toll on Jade’s physical and mental health, so her father asks them to give it a rest for a month.  This separation drives David Axelrod so mad, he sets fire to Jade’s house so he can “save” her family and come out the hero in the eyes of her father.   This, appropriately, gets him locked up in a mental institution.  When he’s finally released, he continues to pursue Jade even though she’s clearly moved on, which only leads to further pain, suffering, and even death.  (He inadvertently causes the death of Jade’s father, which you think would be kind of a deal-breaker.)

Anyway, the book was a bestseller, so Hollywood optioned it, glanced at it and said, “Ooooh, forbidden love!  You know who would be a good director for this?  Franco Zeffirelli!  He directed Romeo & Juliet and that was about forbidden love too!” 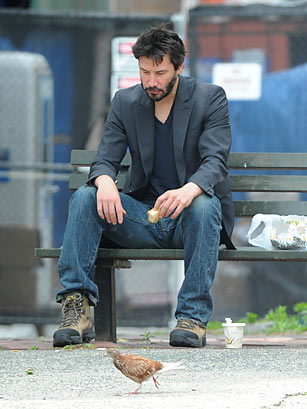 Yeah…I really don’t think this is the same kind of “forbidden love” as Romeo & Juliet, you guys.  I mean, when a woman takes out a restraining order on her abusive husband, we don’t think, “Oooh, forbidden romance!”  But Hollywood went ahead anyway, determined to make the story more “romantic.” 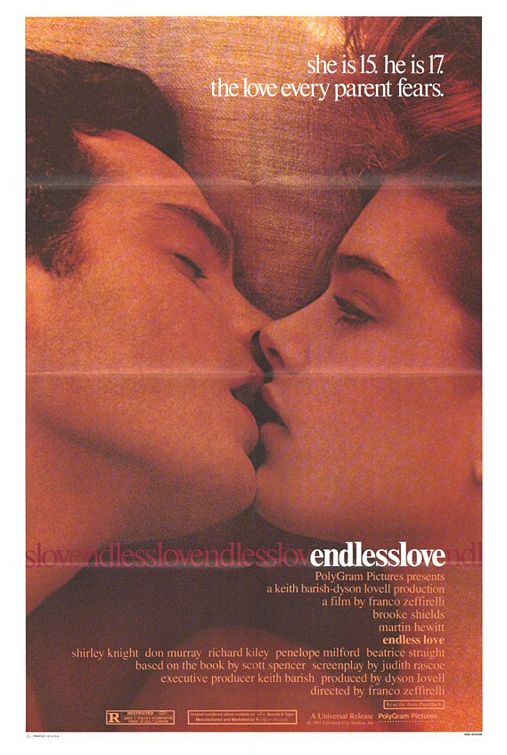 The resulting 1981 film is just schizophrenic enough to be interesting, if not utterly excruciating. Besides the obvious misinterpretation of the source material, it’s rather shoddily made.  I saw the boom mic dip into frame a couple times, and the overall aesthetic I would equate to a 70’s magazine ad.  Look at this ad: 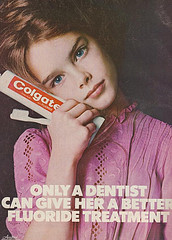 Now you know what it’s like to look at the 1981 Endless Love.

Also, the costumes are kind of weird.  James Spader, who plays Jade’s brother, Keith, spends a lot of the movie with his shirt off for no explicable reason, and David Axelrod (Martin Hewitt) spends almost the entire movie wearing this shirt with the number 33 on it: 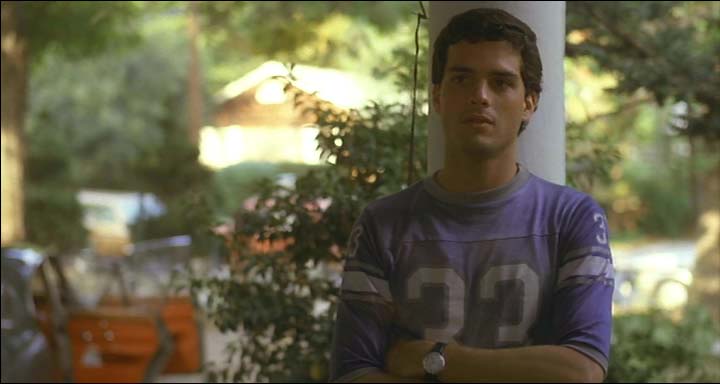 (I have a whole conspiracy theory about the significance of this shirt which I’ll get to later.)

Perhaps the only redeeming quality of the movie is that David Axelrod’s father is played by Richard Kiley.  Yes, Richard Kiley, the narrator of the Jurassic Park tour!

Regardless of how much it sucks, there’s something special about the 1981 version that makes it an ideal candidate for a remake:  People have heard of it.

Maybe you remember it as the movie that answers that age-old question that scientists have been pondering for decades:  Why is Brooke Shields famous? (Answer: In this movie, she’s really, really pretty.) 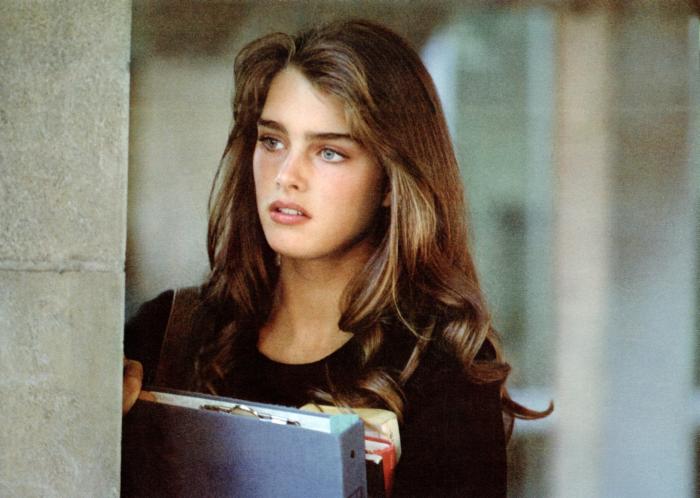 Or maybe you remember it because of that Lionel Richie song from the ice rink scene in Happy Gilmore. [That is literally my only reference point for this movie. –Liz]

The point is, you’ve heard of the title, at least vaguely, and that’s plenty enough to warrant a remake these days.

Now all you have to do is simply apply the 3 rules for a Hollywood remake.  You may recall how these rules worked so well for Total Recall, Carrie, and Robocop.  They are:

The resulting third iteration of Endless Love is so watered-down, the only two things it has in common with the book are its title and the fact that it has a house fire in it somewhere.  In fact, this movie is so whitewashed and devoid of conflict, I’m not even sure it actually exists. 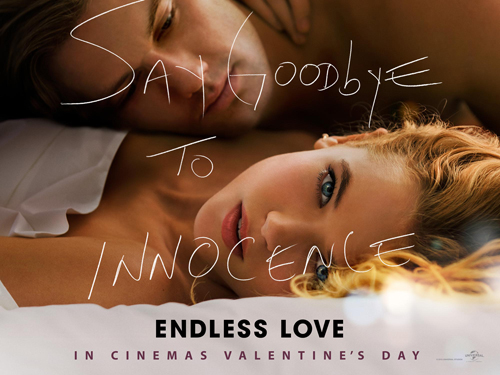 David is played by Alex Pettyfer (aka Number Four), the to-be-gazed-upon alpha male of the moment.  Always gotta have one of these, otherwise junior high girls won’t be able to survive.  And they can come from anywhere, really.  When I was in seventh grade, girls wouldn’t shut up about the guy from the Preferred Stock commercials:

David’s character has, of course, been thoroughly emblandened.  David Axelrod the obsessive pyromaniac is no more.  Now he is David Elliot… a guy…  He’s a valet at the country club and also works on cars at his dad’s auto shop.

Why did they have to change the name?!  That would have been the only funny thing in the entire fucking movie!  And “Axelrod” is the perfect last name for an auto mechanic!  But noooo! 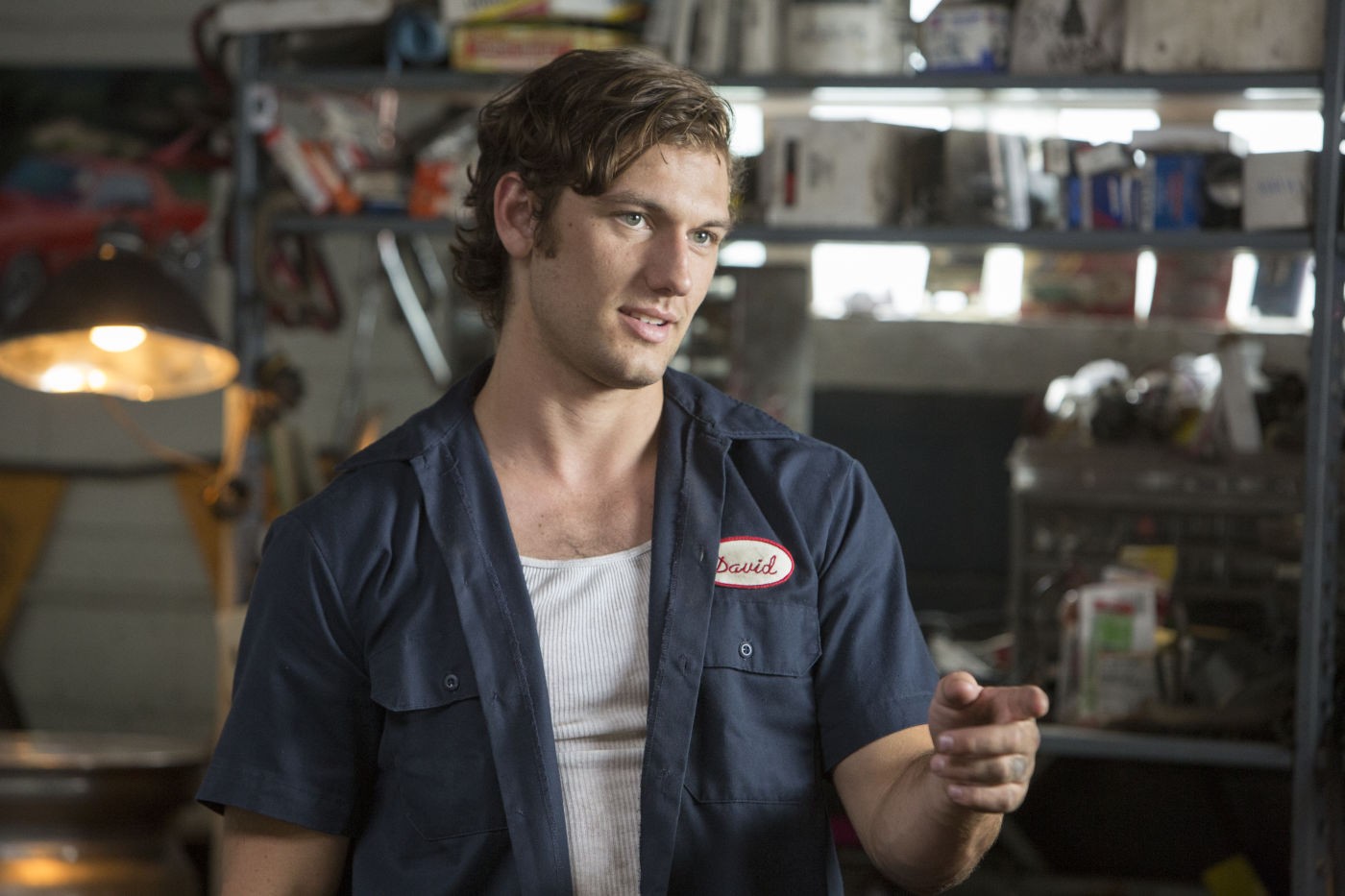 Jade Butterfield (who is not a My Little Pony) is played by Gabriella Wilde who, ironically, was also in the Carrie remake.  Her character has also been through the emblandening process.  Can you guess how?  That’s right:  She’s shy and reclusive and spends most of her time reading books.  Yes, it’s graduation day and this girl… 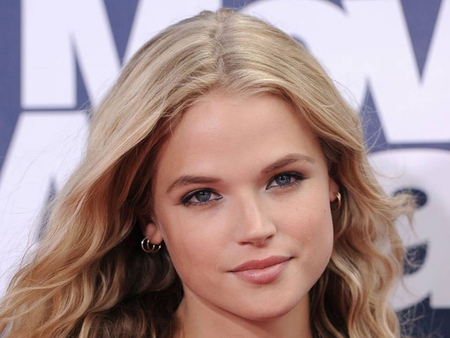 …has managed to make it all the way through high school without making one single friend, girl or boy.  Of course!  How is she supposed to have a sexual awakening if she’s not clutching a stack of books and scrambling for cover like a startled jackrabbit?

The story of Endless Love (2014) is as follows:  Two people fall in love and manage to stay together in spite of problems that to any reasonable person would seem trivial but to them rival a nuclear holocaust.  It’s one of those movies about privileged, handsome people whose “problems” are so banal and insignificant, you spend the entire movie praying for a real, genuine disaster to strike—meteorite, chemical weapon attack, zombie apocalypse, herpes—anything!  But sadly, Endless Love has been emblandened to the point of being almost completely devoid of conflict.

For example, after David and Jade fall in love (a process that mostly involves looking at each other), they decide to spend the whole summer together.  But there’s a problem: Jade’s father has arranged an internship for her that starts next week!  Bastard!  Maybe it’s one of those internships where they make you promise to never see your friends and family ever again?  I don’t know.

Jade will not stand for this.  Determined not to let anything too negligible come between her and David, she decides that she is not going to do the internship!  Ha!  Take that, dad!  This so enrages her father that he must resort to the unspeakable:  When Jade wakes up the next morning, her father informs her that he’s taking the whole family to their fancy lake house… FOR TWO WEEKS! 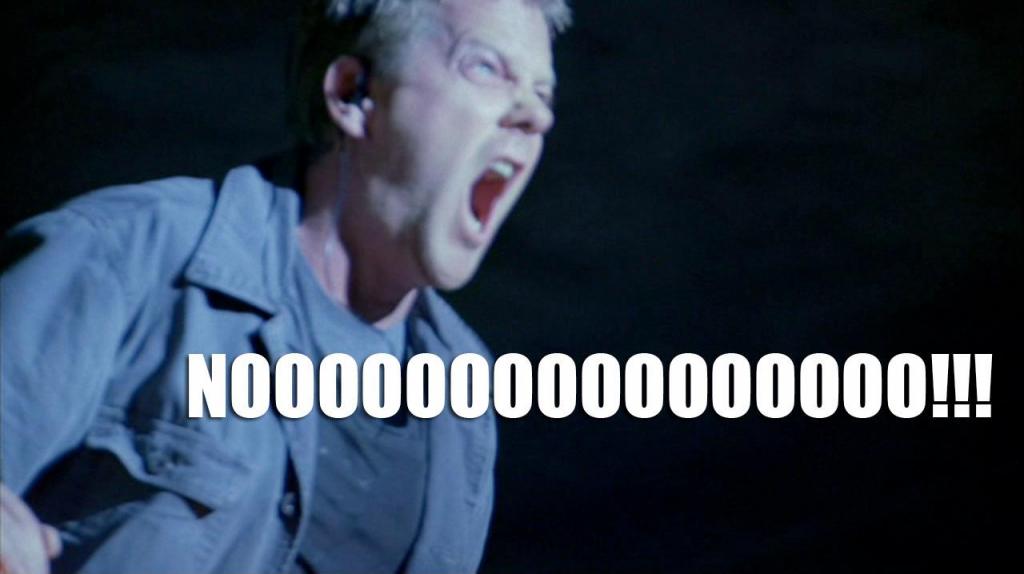 But all is not lost.  After they reach the lake house, Jade, in her most supreme act of defiance yet, drops a bomb of her own:  She’s invited David to stay with them at the lake house!  Amazing!  Is she a descendent of Sun Tzu?  How the hell did she come up with that?  I thought they were screwed for sure!

To be fair, Jade’s father has plenty of reasons to want to keep David away from her daughter.  Some of David’s actions are just plain unforgiveable.  I will try to describe some of them here, but given the traumatic nature of the events, I must apologize in advance if I… I just get so overwhelmed… But I’ll try.  Here it goes.

When Jade’s father throws a graduation party for her at their big, beautiful mansion, everything seems to be going great until he notices something… amiss.  It seems that there are some people at the party that he doesn’t recognize.  When he confronts Jade about it, he discovers that David has in fact committed the unthinkable:  He invited some people to the party… WHO WEREN’T ON THE GUEST LIST!

That son of a bitch!

In a later scene, Jade shows up to surprise David, finds him in a situation that she completely misinterprets (as she often does) and runs away to her car.  He runs after her (as he often does) and as she’s pulling out of her parking space, another car hits her from the side.  Jade’s father rushes to the hospital to find David sulking in waiting room.  Then his heart stops as a doctor comes out to deliver the news:  Jade survived, but she… she…

Hold on.  Sorry, I’m hyperventilating.  Just give me a sec…  Okay.

Jade survived the accident… BUT HER WRIST IS BROKEN!

Endless Love is so chock-full of these kinds of trite conflicts that could be easily resolved with a simple 30-second conversation, there’s no way I could cover them all.  Let’s just say that by the end, all the characters are completely absolved of guilt.  Who’d have thought?!

I suppose Hollywood thinks these kinds of movies are somewhat useful to teenage girls as a kind of reference guide—a Dick and Jane novel about how to dress, what to do on a date, what games to play at parties, etc.  But I think teenagers are a more sophisticated audience than we give them credit for and the box office for Endless Love will likely bear that out.  Besides, we all know girls these days only have one thing on their minds:  How to survive in a violent dystopia.

PS:  I almost forgot about my conspiracy theory.  Remember how David in the 1981 version is always wearing that shirt with the number 33 on it?

Is it possible that someone knew that the movie would be remade in 2014… 33 years later?!  And that the third iteration of Endless Love would star Alex Pettyfer, whose previous film I Am Number Four came out three years before? 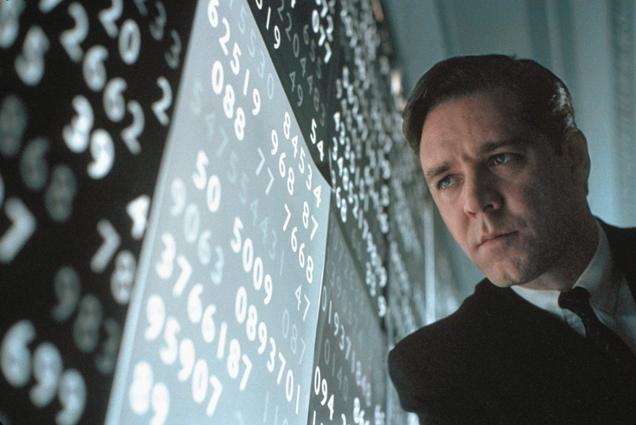