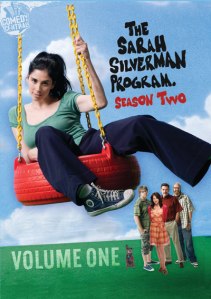 Netflix has been in the news a bit this week, which always leaves me a little nervous because many times (as you might have observed), what we discuss here is directly affected by what’s available on Netflix Instant.

For example, this weekend I saw that almost the entire run of The Sarah Silverman Program was now available, which made me happy because there is this one incredible episode of that show that I’d been wanting to watch again. But weirdly, Frank, when I put out the question on Twitter and Facebook of whether or not I should tell you about this one episode of The Sarah Silverman Program that happens to guest star Christopher Eccleston, there was not even the slightest amount of interest!

Now, if someone else were to ask me if I wanted to hear about this episode, I would say FUCK YES, because it’s incredible — so I can only assume that this is a sign that THE PEOPLE MUST BE TOLD. I cannot let them live in ignorance much longer. END_OF_DOCUMENT_TOKEN_TO_BE_REPLACED 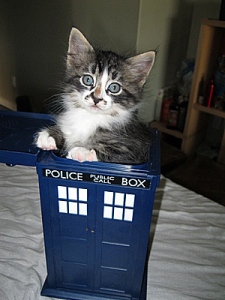 Hey, want to catch up on the entire series to date? “Doctor Who”: 2005-2013 can be found in “Liz Tells Frank: The Skip It/Watch It Guides,” now available on Amazon!

So I’ve been a Doctor Who fan for years now, and one nice thing about sticking with it for so long has been seeing more and more Americans get on board with the show — especially over the last year or two, thanks to a big push by BBC America and a high-profile change in star and showrunner.

Like most established series, though, Doctor Who can be intimidating to new fans worried about having a lot to catch up on — a fair concern, given that the show officially premiered in 1963. (That is a long time ago!)

So in 2005 the show was relaunched with a new take on the tale of a man with a magic box that travels through space and time, a new take that would allow new viewers to jump in without needing to be aware of decades of back story. But now 2005 is also a long time ago! And new Doctor Who fans who want to limit their consumption to the modern era still have some catching up to do. Hence, the below (by reader request). END_OF_DOCUMENT_TOKEN_TO_BE_REPLACED

Posted in Skip It/Watch It Guide, Some Spoilers, TV